Charlie’s Chalk Dust Campfire Smores has rich hazelnut chocolate with the most perfectly toasted marshmallow set atop a sweet graham cracker and smooshed down to let all the amazing ooey-gooey goodness melt together.

Made in the USA The PAX 2 is a beautiful unit designed with the user experience front and center, the idea is to display an intuitive user interface, the technology was created to preserve the herb and battery life which became the ideal AIO producing pure vapor hence many in the community really enjoys.

The PAX 2 is incredibly small, so small that it is 4 inches tall and carries an oven that holds an approximate third of a gram, which you could do with about 20 – 25 draws when it’s fully packed so you don’t have to worry so much about refilling it every time you use it. The fact that it’s so small which makes it easy for you to slide it into your pocket even as every day carry. Unlike traditional models of smoking dry herbs, due to the design and size of the PAX 2, this enables you to take it out and put it on the table without giving away its true purpose. The unit is also a little heavy but you’ll get used to it but the most important fact is that you can hide it whenever you want to without the sweat of doubt.

In my opinion, I understood one thing from using PAX 2, I have found that it doesn’t produce a lot of vapour because that would defeat the purpose of it being a discreet and sneaky device. However, despite its low vapour production, the PAX 2 does produce a good and enriched flavour that lingers on the tongue so well. What’s more is that when you use the PAX 2, the vapour is dense but the sensation is smooth and gradual. To experience such a sensation, you will have to let run its process between 30 – 60 seconds of heat-up time and the device does have 4 preset temperature profiles. 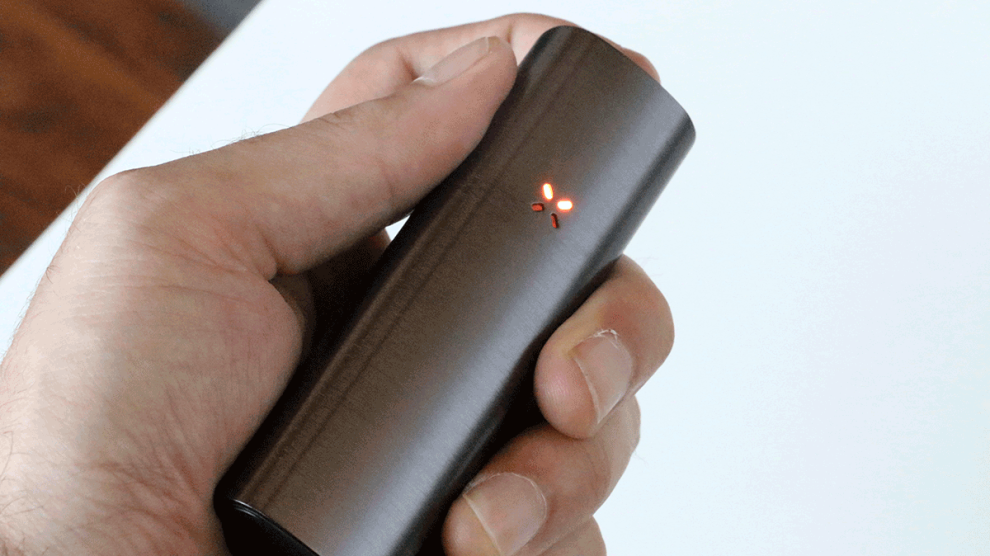 There are 4 temperature profiles that you could use depending on what kind of sessions you are going for. I found the first 2 to be moderate but still impressive because it doesn’t hit you so hard and that the exhale was satisfying because it produces greater taste but lighter vapour whereas the last 2 just does more thicker vapour and heavier punch in the sensation so you might want to dial it down a little if it’s too strong for you. Personally, I’d start off with the highest profile and then gradually dial down to either the first or the second profile depending on how satisfying the experience is to me. Additionally, the PAX 2 doesn’t have a shut-off timer which is also another great feature so I could take my time with it slowly.

Just like the PAX 1, the airflow is the same, and whilst the position of the oven and mouthpiece are distant, the isolated airpath and the new flushed mouthpiece cools the vapour, giving you that smooth sensation but if you are using the highest temperature profile, you might feel a bit of harshness from the heat but once you start dialling it down, that minor issue goes away almost immediately.

The PAX 2 is completely user-friendly, its user interface is positioned at the mouthpiece hidden underneath it which controls everything, and to know which temperature profile you’re using, the signature “Petal” LED lets you know. \

Press the button once turns it on and off, to adjust the temperature, simply hold the button down for about a second longer, quite an unusual way of button functionality but you’ll get used to it in no time.

The signature “Petal” LED lights not only tell you about the temperature profile you’re using but its also the indication of your battery life, its heat-up process, stand-by mode, and “ready to vape”. To check the battery life or exit temperature mode, just simply shake it which is the feature of the accelerometer in the unit. 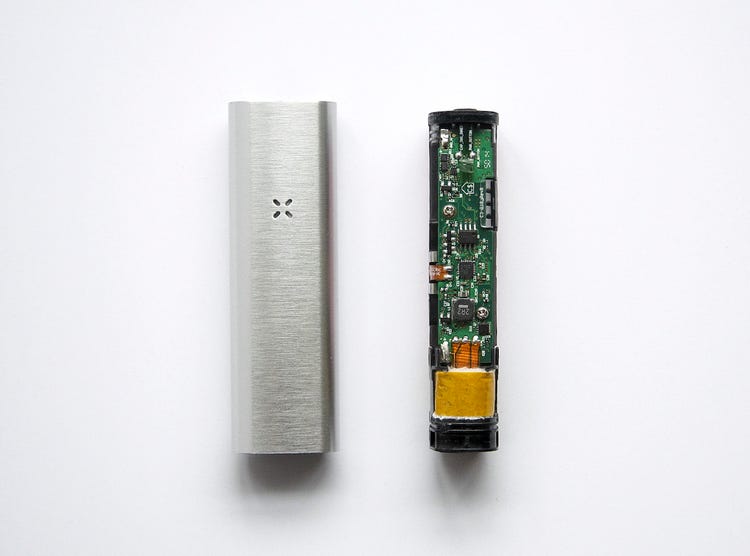 Additionally, the PAX 2 ease of use was designed with great herbal efficiency and battery life. The lip sensory technology and the accelerometer can detect whether or not you’re vaping the unit bt adjusting the temperature dynamically to conserve the herbs and battery life. Pretty cool if you ask me.

For example, when the PAX 2 detects its sitting idly, the temperature will drop after 30 seconds of inactivity, pick it up again, or putting it against your lips will trigger the unit to boost the temperature back to the temperature you were using before on the go.

To save up battery life, the PAX 2 does have an auto shut-off time which is useful at times, if you forget to turn it off and the unit shuts off after 3 minutes of no movement detected, plus this feature can be adjusted to your session length so don’t worry too much of a set timer.

On average, I used a timer on my phone to see how long it lasted, despite being it so small, you would think that the battery capacity would be smaller but that’s not the case, in fact, the PAX 2 battery capacity is actually bigger than the PAX 1 so I got to use it for about a total of 93 minutes of vaping time with a full charge, and this the work of the auto shut-off feature which has proven to be very useful. I was able to take my time vaping through 3 full loads and 72 draws without a thought of low battery life. Unfortunately, the PAX 2 does take a long time to charge about 2.5 – 3 hours with the USB Charging Dock.

The PAX 2 oven is made of stainless steel and the vapor tube leading to the silicone mouthpiece located from the opposite end are both medical-grade material classified to be safe to vaporize with. The heating element is the non-ceramic tuned thin film heater which bonds to the oven and outside of the vapor path so the draw resistance depends on how tightly you pack your dry herb in the oven, and I found that its best do short and gentle draws instead of long aggressive pulls.

From what I can tell based on the feel the PAX 2, the unit doesn’t seem to have any movable parts or fragile glass design to it because the surface is layered with an anodized aluminum shell which makes it pretty tough and I did toss it into my bag and slid it on the table and there were no scratches found, there were times I did drop it and the PAX 2 still felt very solid.

Now, this is where we get to the serious stuff, now according to PAX, the PAX 2 has a 2-year warranty so if your PAX 2 is defective, you could either get it repaired or replaced with a new replacement but the warranty does not apply to accessories, and it does not apply to normal performance degradation of batteries or if you didn’t do a good maintenance job.

To get the best results

Everyone has different tastes and preferences regarding how they want to vape their dry herbs. Personally, I really like to grind my dry herbs as fine as possible with my trusty Herb Mill XL by Storz and Bickel because they will determine how smooth your airflow will become which leads to how good the flavouring is. There are other ways to gain that smooth and sensational experience, you could use a half-pack oven lid which allows you to use lesser material in the oven.

These products are intended for sale to adults 18 years older. If you are not legally able to purchase product in the state where you live, please do not enter the site.